Nikon Rumors obtained and released a number of photographs of the new D5 flagship DSLR, which are all shown below. 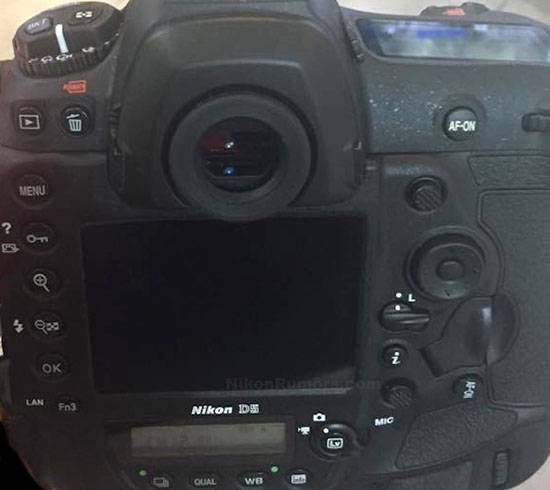 We all heard it through the cameragrapevine a few days ago when the first couple of pictures of the new Nikon D5 made their way to the Web. More recent images of the new camera have since surfaced giving us a complete view of what the camera will look like and perhaps giving us some hints or wishful thinking of its new functionality.

Nikon Rumors obtained and released a number of photographs of the new D5 flagship DSLR, which are all shown below.

Some of the new specifications, also rumored, include a new 20MP FX sensor, a new focusing module with increased coverage and 153 autofocus points, and native high ISO of 102,400. Everyone is expecting or wishing for higher fps, at least 15 fps, a 4K video, a more robust mirror, and full HD slow motion. The body design looks similar to the D4 models with a few of the buttons shifted around providing a more ergonomic and easy to handle design.

Nikon has not made any announcements about the new D5, but these are expected to take place in spring 2016. The D4 is a great camera for sports, weddings and action photography, so the D5 will surely supersede its predecessor. The announcement of the new D5 may just coincide with the onset of the 2016 Olympics in Rio de Janeiro.

Hopefully, the new hype about the camera is not just an upgrade to the D4, but rather, a new innovation that will cause a sensation in the marketplace.

Rachel Noël is a professional photographer and videographer from the UK with over 10+ years of experience. Rachel specializes in Underwater, Tavel & Portrait photography among other areas.