Photography may not be the one and only method for capturing images of the world around us but it’s definitely one of the most effective. 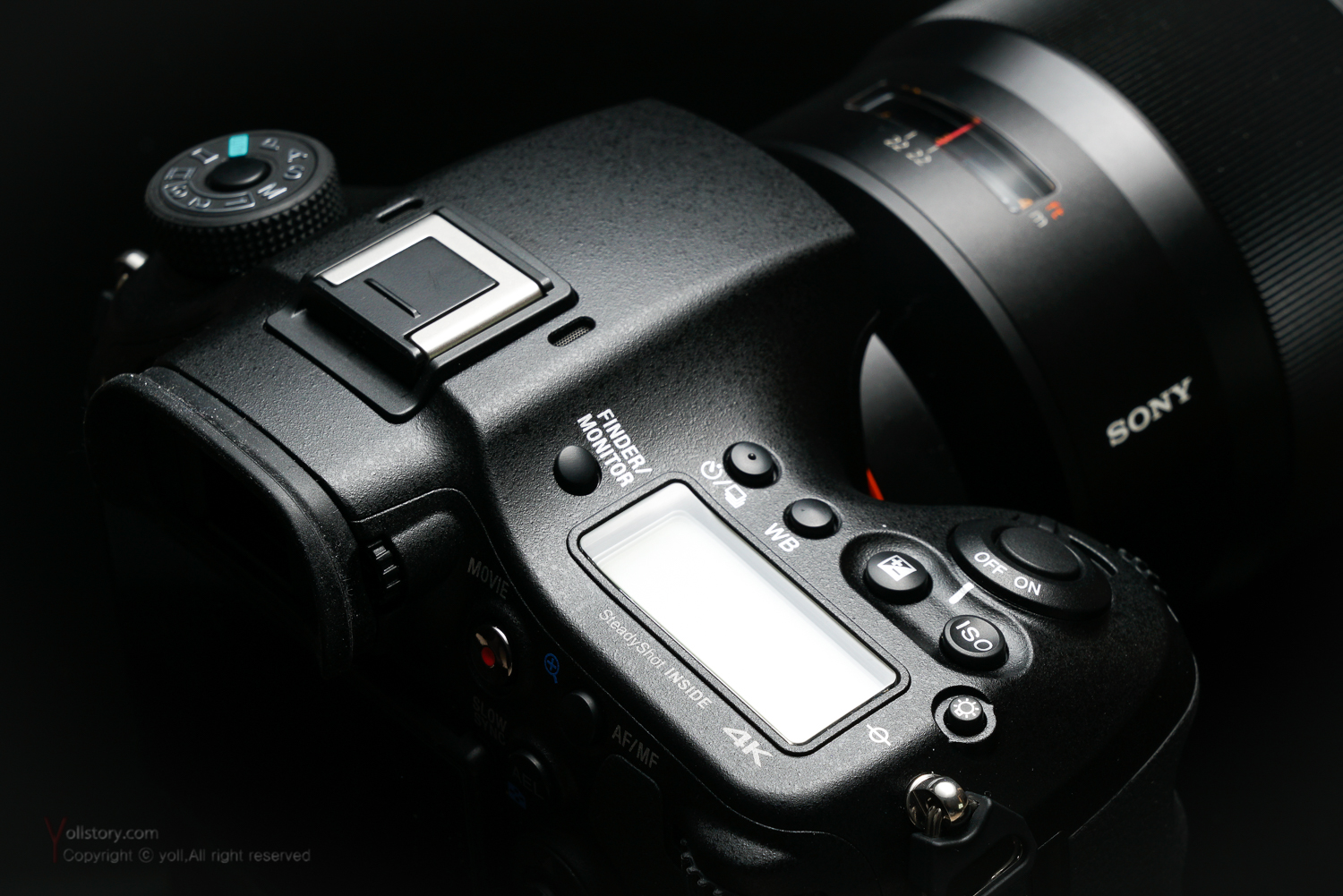 You don’t have to look any further than the nearest book or magazine cover, news station, or social media feed to see it. The fact is that photos have major power. And, if you’re one of those people who really want to harness that power, then you need to learn some of the important steps to taking the best possible photographs.

Basically, there are three elements in photography that are utilized to control exposure and they are shutter speed, F-Stop, and ISO. It’s more than likely that you already know what F-Stops and shutter speeds are but what about ISO? What is it and why does it matter? Well, for starters, ISO stands for “International Organization for Standardization.” Since that rather long name is completely different in many other languages, it was shortened to simply “ISO” to fit them all worldwide.

Why Does ISO Matter?

When you increase your ISO, you’re making your photos brighter and that’s what makes it so important. It works with your other two exposure variables (aperture and shutter speed) for the purpose of determining the overall level of brightness of any image you’re photographing. For example, dialing in an ISO of 100 means that your image might look quite dark. But, boosting your ISO to 200 makes the image brighter. Boosting it up to ISO 400 means that it becomes even brighter still. So, when shooting in low light (i.e. at an indoor event or outside at night), you may find that your photos turn out very dark. Just boost your ISO, and those same shots will immediately brighten up.

Even in halfway decent lighting, you’ll find that it can be beneficial to boost your ISO. For example, you may need a shutter speed that’s ultra-fast for capturing a moving race car, but if you raise the shutter speed, it can lower the exposure, creating a dark image. So, rather than simply raising your shutter speed alone, increase your ISO to counteract that darkness and brighten your image.

This is your camera’s lowest native ISO and it’s an important setting since it has the potential for producing the highest image quality and minimizing noise as much as possible. Some older DSLRs and numerous modern cameras (like the Fuji X-T2) have base ISOs of 200. On the other hand, for the majority of modern digital cameras, it’s usually 100. Ideally, you should try to stick consistently to your base ISO for getting the highest possible image quality. However, that being said, it isn’t always possible to do that, especially if you’re working in low-light conditions.

You should only be using your base ISO when you have adequate light for doing so. It’s best not to try forcing an ISO 100 to work properly in a dark environment because your photos will end up being way too dark. And, if you use a fast shutter speed for capturing the action, it’s basically the same as when you take pictures in dark environments. Why? Because you’re limiting the amount of time for your camera sensor to be able to capture the light. So, it’s important to remember that for shooting specific types of sports and other action, a higher ISO just might be your one and only option.

So, for maximizing your image quality, follow these steps:

Following these steps should help you capture the max image quality each and every time. Soon, you’ll discover the perfect balance between your desired depth of field, quieting that unwanted noise, and minimizing motion blur.

Every camera offers you a different range of ISO values (aka ISO speeds). A common set of ISO values for many cameras could include:

Some occasions when you should keep your ISO low (by shooting at your camera’s base ISO) include:

You should generally raise your ISO when you:

Higher ISO does come with a major drawback, which is noise. Unfortunately, the higher you raise your ISO, the more noise (aka grain) you’ll end up seeing in your photos. It looks kind of like little specks of light and color that are strewn randomly all over your image. So, although raising your ISO can be very useful, you’ll be getting a brighter image with increased noise.

That’s precisely why you don’t want to shoot everything with a high ISO. Instead, simply try keeping your ISO low whenever possible, only increasing it when you have to and only to the point of acceptable noise. However, the good news is that camera sensor technology is constantly improving. Only ten years ago, ISO 800 would usually result in massive amounts of noise on your images. But now, you can shoot using ISO 1600 or even 3200 and get a nearly noise-free image. Well, that’s assuming that you use a full-frame camera that offers the latest in sensor technology, and that you’re using good exposure techniques.

Using ISO to Get Optimum Results

OK, so when you boost your ISO, you get brighter images but more noise. On the other hand, if you keep your ISO low, you’ll maintain better image quality but you could also end up with a rather blurry underexposed shot. So what should you do?

Well, it really depends upon the situation. It’s recommended that you leave your ISO at base value (i.e. probably 50 or 100) with the exception of these three special situations:
A. Your light is very low and you have to struggle to get a photo that’s well-exposed.
B. You have to struggle in order to get a sharp photo or need to freeze the motion in the photo.
C. You struggle to take a photo that has an adequate depth of field.

Examples of When to Increase Your ISO

Concerts are classic low-light scenarios where you’ll find that you should increase your ISO to brighten up the shots. Birds in flight are another classic example. Unless your light is quite powerful, increasing the ISO is often necessary for photographing them. One option is widening your aperture but that’s not always an option since you want to maintain a deeper depth of field or your aperture may already be set as wide as it will go. So, the bottom line here is that sharp shots are by far better than blurry ones, even if you have to use a higher ISO for making it happen.

This can vary considerably from camera to camera, however, here are a few of the most common methods for changing your ISO:

(1.) Start by entering a mode that allows you to manually select your ISO yourself. So, getting out of Auto mode, go to Aperture Priority, Manual, Program, or Shutter Priority.

(2.) If you’re using a mirrorless camera or an entry-level DSLR, you’ll probably have to open a menu and locate the selection for ISO. Then, continue by selecting the value you desire or setting it to “Auto”.

(3.) For high-end cameras, there might be a dedicated ISO button. If so, simply press it while you spin one of the wheels to effectively change your ISO setting. If not, it’s still quite possible that your camera will allow you to program it to perform the task.

(4.) Still, other cameras could have a dedicated wheel that’s complete with various ISO settings that are clearly marked, which will make things much easier.

The best path to follow is simply to start by checking your camera manual to be absolutely sure so that you can become familiar with changing your ISO settings quickly. That’s because your ISO is something that you’ll likely have to adjust often, especially if you’re shooting in low light conditions with no flash or tripod.

Now, although ISO is primarily used in a digital context these days, the fact is that film cameras use it as well. Each and every roll of film you buy will have an ISO that will contribute to the brightness of the images. In fact, ISO was originally a reference to the film’s sensitivity (i.e. its light-gathering abilities). Therefore, the higher an ISO rating was, the more the film was able to capture photos that were taken in very low light. Back then, the high-ISO film was actually called “fast film”, requiring much shorter exposure than low-ISO film. Fast forward to today and now ISO is a reference to the sensitivity (aka signal gain) of your camera’s sensor in digital photography.

In conclusion, simply put, doubling your ISO speed, means doubling your photograph’s brightness. So, remember that at ISO 400, your photo will actually be twice as bright as it would be at ISO 200 (which is twice brighter than at ISO 100).

Now that you’ve digested all of the ISO info in this article, you should be able to become an ISO master of sorts. So, go ahead and pick up your camera to start practicing taking photos in difficult situations. And, don’t forget to always consider whether you should boost your ISO or not, based upon the above data.